As the main episode of the second presidential debate broadcasted by RedeTV! last Friday (17), the confrontation between Marina Silva and Jair Bolsonaro prompted the amount of interactions received by the former in each new post on Facebook, in comparison with her performance after the first debate in Band, on August 9.  Bolsonaro, in turn, lost engagement after his second appearance on TV with the other candidates:  Marina increased by 59.6% the average of engagement per post in the period, while the congressman of PSL suffered a loss of 19.3% in the average of interactions received per post. 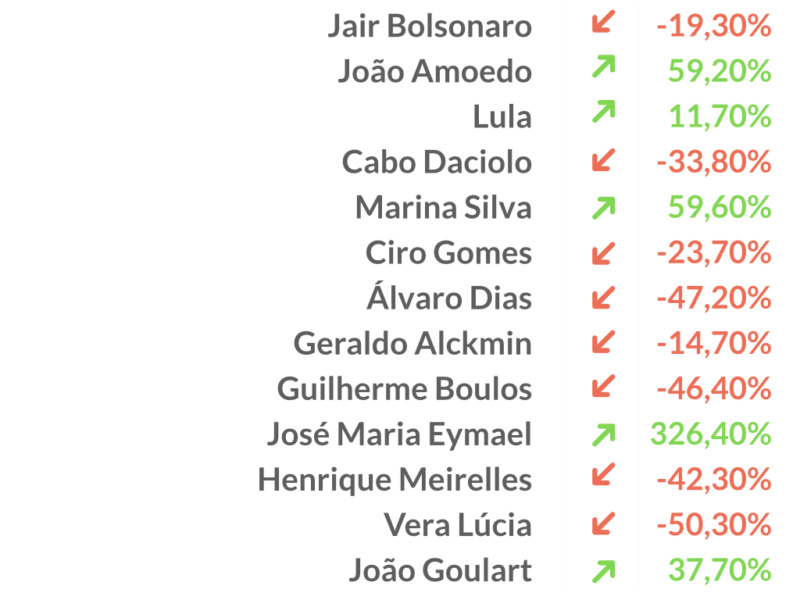 Still with discreet performance on Facebook, Marina had an average of 3,440 interactions/posts between August 9 and 16, below the average of Bolsonaro (in the first place, with 42,081), João Amoêdo, Lula, Ciro Gomes, and Cabo Daciolo in the same period. From August 17 to 21, Marina increased her rate to 5,490 interactions per post, while Bolsonaro’s rate dropped to 33,950. Due to this fact, the Rede’s candidate obtained, in proportion, the highest increase in engagement in the period after the second debate, although with a lower average than that of Amoêdo, Lula, Bolsonaro, and Daciolo.

One of the highlights in the first debate, Daciolo was the one who presented the biggest drop in the engagement rate.

Interaction/post rate per candidate after the second debate 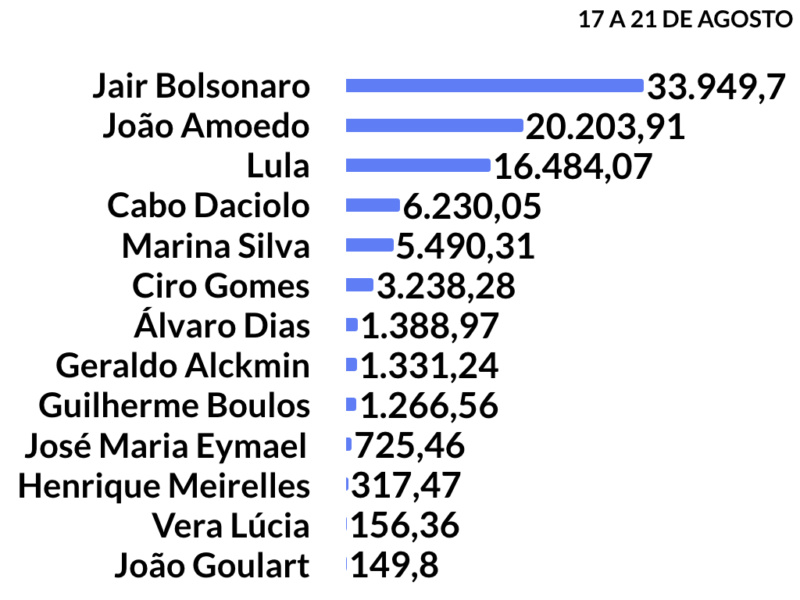