Alckmin’s interview prompts 23.4 thousand tweets with a highlight to the Centrão

Mentions to the PSDB candidate increased by 40% in 24 hours, but that increase was lower than the impacts of Ciro and Marina’s interviews

The participation of Geraldo Alckmin, the PSDB’s presidential hopeful, on GloboNews on Thursday night (01), prompted 23,432 mentions on Twitter between 10 p.m. on Thursday and 1 a.m. this Friday (02). Compared to the previous day (01), there was an increase of 40% in the volume of posts – an increase that was lower than the impact caused by Ciro Gomes’ and Marina Silva’s interviews on their respective debates.

Volume of mentions minute by minute 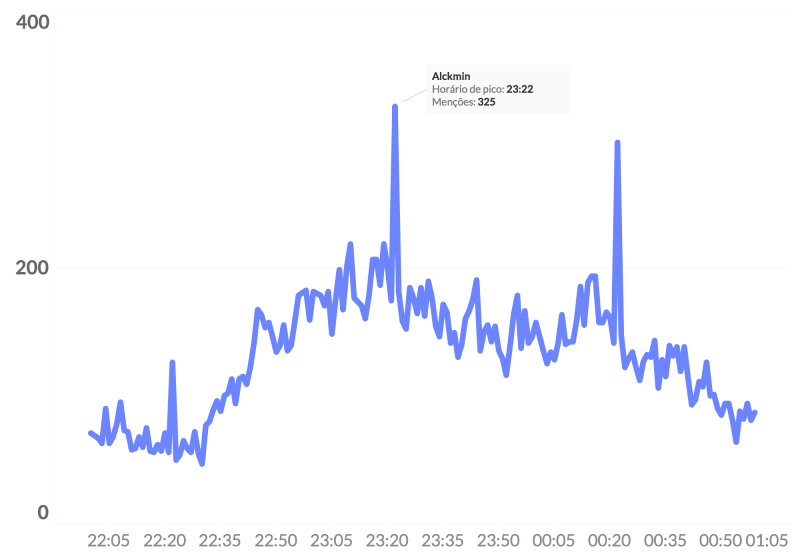 Party alliances dominated the discussions about Geraldo Alckmin, and the main topic was the choice of senator Ana Amélia as vice president. It is important to highlight that, at 10 p.m. yesterday, still before the start of the question-and-answer session, the theme occupied the 13th position on Twitter’s trending topics worldwide. In general, the users praised Ana Amélia in the debate about Alckmin.

On the other hand, there were also questions about whether the presidential hopeful had made a good choice, and also accusations that Ana Amélia is supposedly associated with the left wing.

Jair Bolsonaro was the third most popular theme of the debate about Alckmin. The discussions were divided between posts associating the fiscal adjustment policies defended by presidential hopefuls  considered conservative, especially the expenditure ceiling amendment; and publications comparing Bolsonaro’s reach on the social networks to the audience of other presidential hopefuls.