Economic debate is the main theme of the mentions, which are divided between ironic comments, criticism and praise

The participation of Jair Bolsonaro, PSL’s presidential hopeful, on GloboNews on Friday night (2) mobilized 251,224 mentions on Twitter between 10 pm on Friday and 1 am this Saturday (3).

Evolution of the debate about Jair Bolsonaro on Twitter 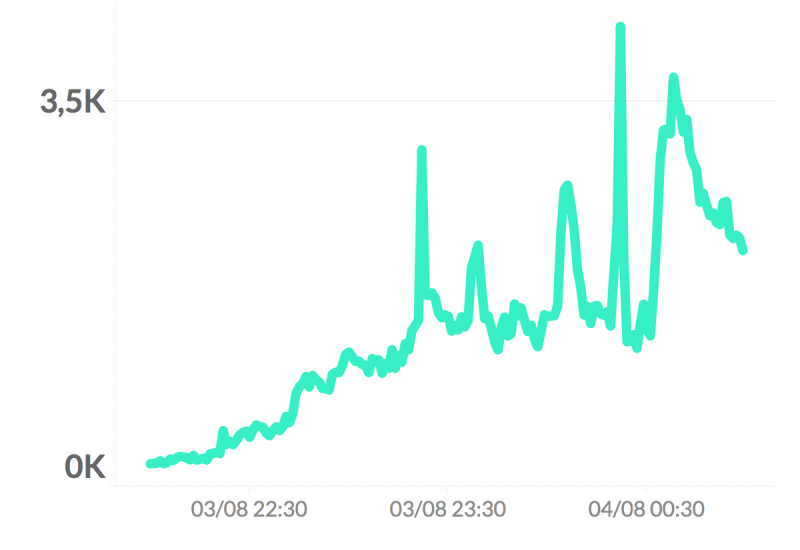 The economic debate was the main theme, with ironic comments and polarized opinions in the discussion. Most of the mentions that criticized the pre-candidate questioned his understanding of the subject and the supposed lack of consolidate proposals presented by him. Among those who praised him, we highlight the publications disapproving of the performance of former presidents who faced difficulties in the administration of the economic agenda.

The second theme was related to gender issues, prompted especially by the support for the feminicide law and thoughts about the wage inequality between women and men. Still, we observed posts in defense of conservative values, such as the criminalization of abortion and the so-called “gender ideology.”

The topic relationship with the left wing was mostly prompted by supporters of the pre-candidate, who criticized PT administrations and defended far-right regimes with the argument of defense against the “dictatorship of communism.” 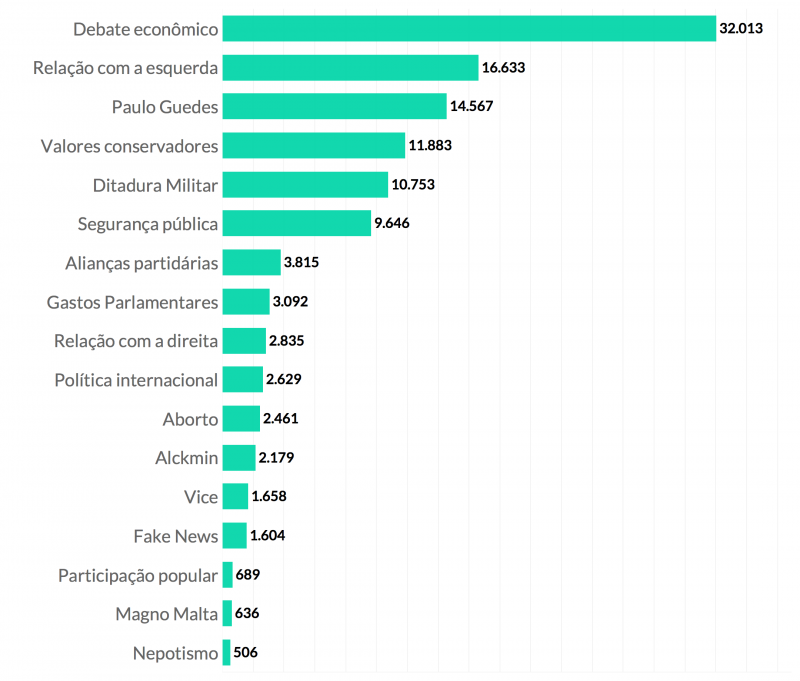