At the final stage of the first round of the electoral campaign, the debate on the networks shows discussions about freedom of the press, with users questioning the media coverage of the elections. In the past 15 days (Sept 18 to Oct 2), we registered 945.3 thousand tweets about press activity in the elections. Around 82% of them were published after September 28, when we registered the peak of references in the period analyzed: 474.3 thousand mentions.

On that day, an edition of the Veja magazine was published featuring a cover story about the judicial process involving candidate Jair Bolsonaro, and the Folha de São Paulo was allowed by Supreme Federal Court (STF) minister Ricardo Lewandowski to interview former president Lula. 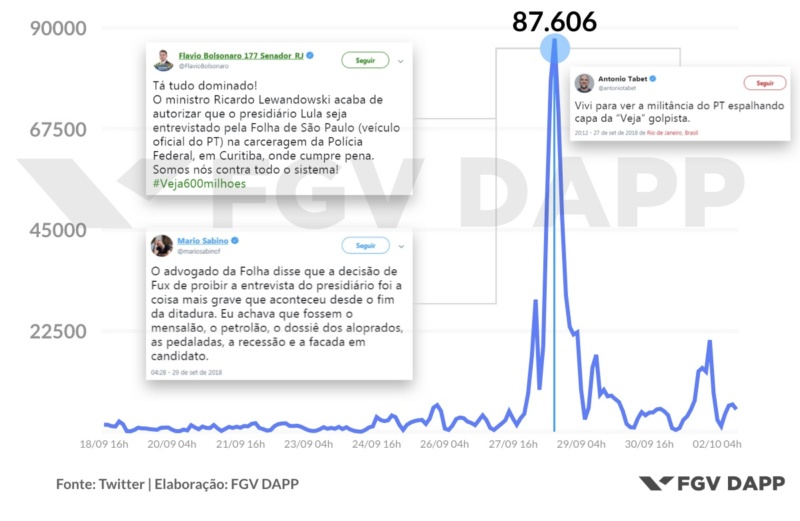 In response to the news article, which was seen by Bolsonaro supporters as an attempt to harm the candidate’s campaign based on family disputes and groundless arguments, users promoted the hashtag #veja600milhões (Veja 600 million), which appeared in more than 451 thousand tweets. The tag was used to highlight the accusation made by journalist Joice Hasselmann that the Veja magazine supposedly received R$ 600 million to attack Bolsonaro. With the hashtag, users also criticized the press for taking part in a fight that, according to users, favors certain candidates to the detriment of others         in an active campaign against Bolsonaro.

Volume of mentions to the main hashtags of the debate 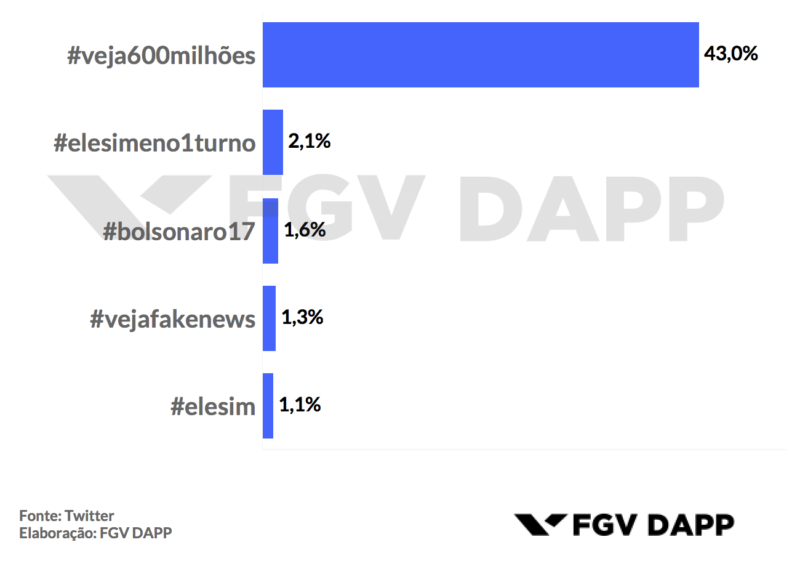