Guilherme Bolous obtained the highest daily increase in number of fans after the debate; Cabo Daciolo’s page was the most impacted by the appearance on TV

The first presidential debate, broadcast by TV channel Band on August 9, propelled an increase in the fan base and interactions in the posts of most of the presidential hopefuls.

Click here: Presence of national hashtags in other countries should not be automatically linked to robots

The results are even more significant when considering the last 31 days, split between before (July 13 until August 8) and after the debate (August 9 to 12).  For this analysis, we considered (1) the daily variation in the number of fans and (2) the volumes of interactions per publication before and after the debate. 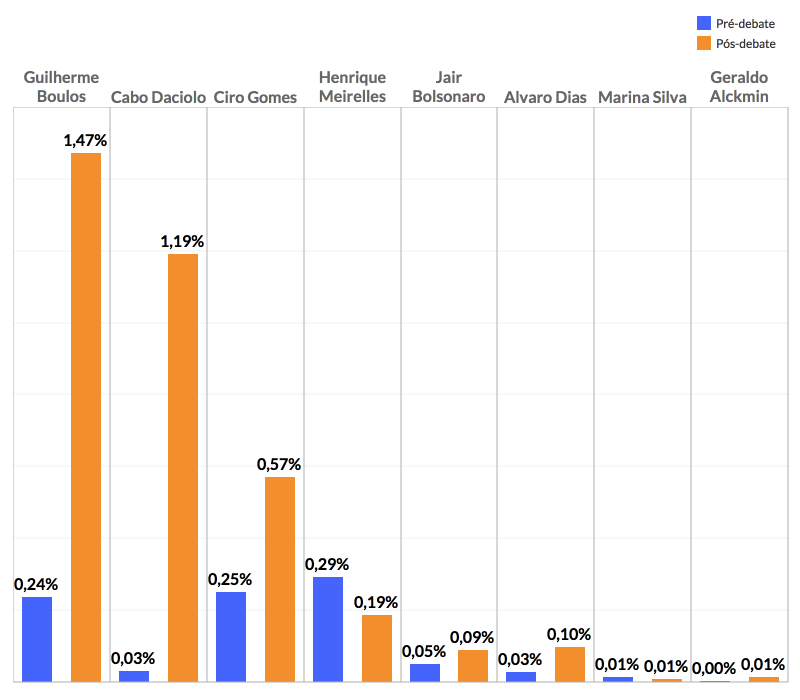