A debate promoted by Record TV on Sunday (September 30) mobilized 1.1 million mentions on Twitter in only four hours (from Sunday, 9 pm, to this Monday, 1 am, October 1).  The repercussion follows the heating of discussions on social networks in the campaign homestretch. In comparison with the other debates on television these elections, it was behind Band’s only, the first debate conducted, which prompted 1.59 million mentions. 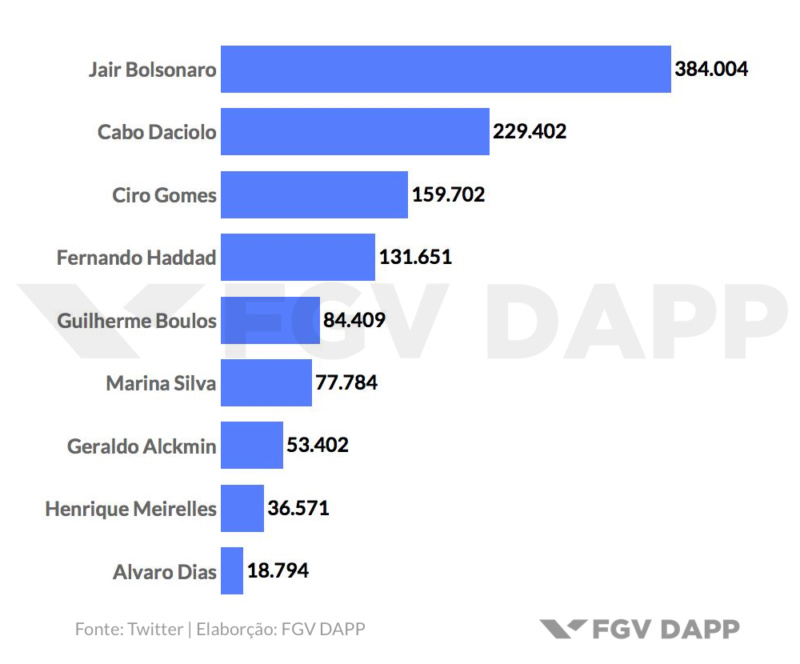 Although not present, Jair Bolsonaro was again the most mentioned candidate in the debate, adding up to 384 thousand mentions in the period. The most shared posts were mobilized by the PSL candidate himself, highlighting the attack he suffered on September 6 and videos of street demonstrations by his supporters on Sunday (30). Some profiles argued that, although he did not take part in the debate, the presidential hopeful was often mentioned by the other candidates, especially by Ciro Gomes and Marina Silva, who questioned his absence. Some users also commented the repercussion of Bolsonaro’s image in the press and among international figures, such as the singer Madonna, who made a post supporting the #elenão (not him) movement. Besides, Pope Francis’s tweet against gun carrying and the criticism of Bolsonaro’s supporters reverberated among mentions.