In 1 month, these themes mobilized more than one million mentions on Twitter, and reached more than 2 million interactions on Facebook

FGV DAPP analyzed the references to the main pieces of fake news on the open social networks – Twitter, Facebook and Youtube – in the last month in order to measure the reach they obtained in each platform and the network’s response to the content – whether they were subject to fact checking, whether the true facts were shared, and whether the incorrect information continued to have an impact afterwards. 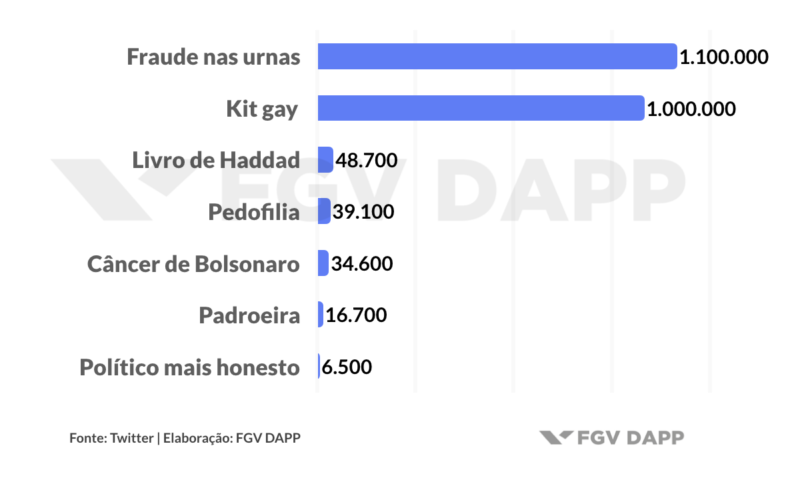 Among the pieces of fake news, the supposed election fraud was the most mentioned on Twitter. From September 22 to October 21, there were 1.1 million tweets about the supposed insecurity of the electronic voting system, and this was spread both in posts requesting the return of the printed vote system and in reports of “errors” that were supposedly found by electors in the first round.

The so-called gay kit also prompted around 1 million references on the network. The posts spread the false information that Fernando Haddad supposedly authorized the creation of this material during his term in the Ministry of Education. The tweets disapproved of what some users claimed is an early stimulation of sexuality and “gender ideology”. 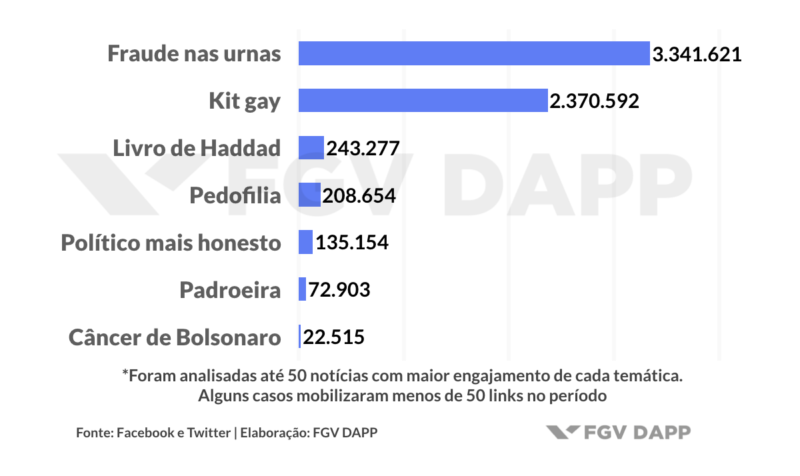 The 50 news pieces about each of the seven themes monitored reached more than 6.4 million interactions on Facebook and Twitter in the same one-month period – among reacions, comments and shares.