Haddad starts his campaign behind Bolsonaro and Ciro on Twitter

Lula is the main reference in the debate about the former mayor, and is present in 64% of the mentions about the PT candidate; Ciro consolidates his second place in volume of references on the platform

With the substitution of Lula by Fernando Haddad, made official by the PT this Tuesday (11), the leadership of the party started the mobilization to promote the former mayor as the former president’s official inheritor. However, the result on the social networks seems discreet. Haddad started his campaign with the impact of PT’s confirmed ticket for the race ahead of Geraldo Alckmin and Marina Silva, but behind Jair Bolsonaro and Ciro Gomes, who took the second place in volume of references, breaking the PT-Bolsonaro polarization that was previously predominant. 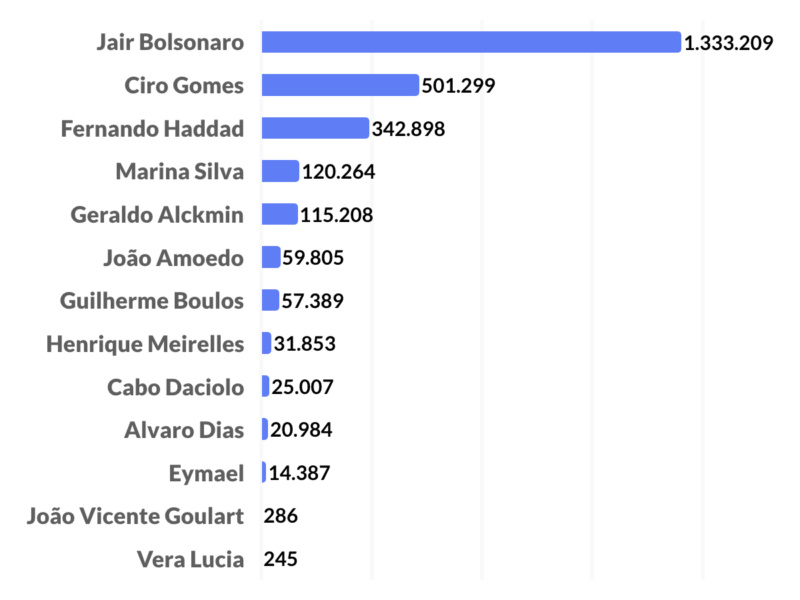 From Monday (10) at 2 pm to Wednesday (12) at 2 pm, Ciro was mentioned 501.3 thousand times on Twitter, compared to 1.33 million references to Bolsonaro and 343 thousand about Haddad. Ciro’s rise started with the debate at TV Gazeta and continued; only between 3 pm and 8 pm this Tuesday was Haddad more present in the discussions than the PDT candidate. Since Monday, the hashtag #haddadélula (Haddad is Lula) has appeared 108.8 thousand times.

Lula is the main reference in the debate about Haddad: 221 thousand publications about the PT candidate mention Lula (64.4%), with messages of encouragement and comments reverberating the impact of Haddad’s confirmation. 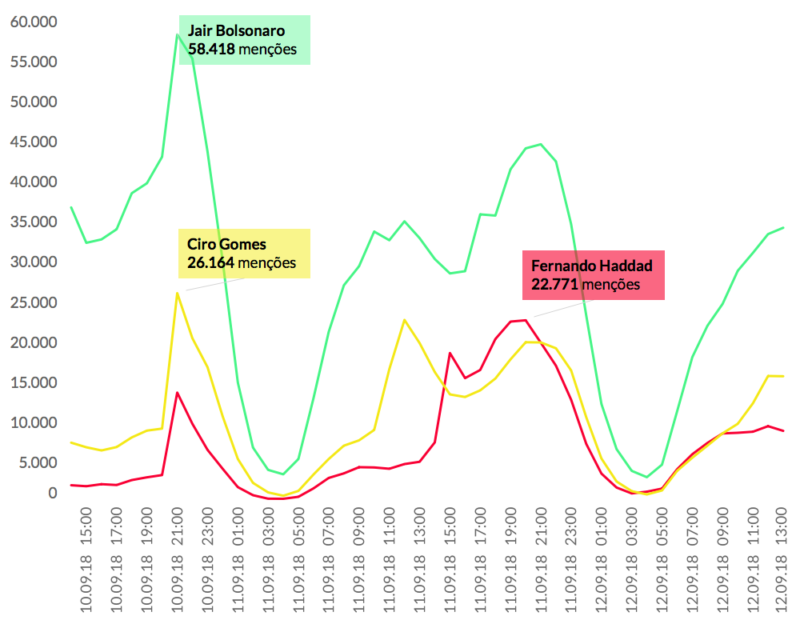