Repercussion of the interview was smaller only than Bolsonaro’s, when we registered more than 1.3 million tweets; Lula, mentioned 98.3 thousand times, was the main theme of the debate

The last of the presidential candidate to participate of the Jornal Nacional question-and-answer sessions last Friday (14), Fernando Haddad ended the interview series with a considerably higher performance, in terms of volume of mentions on Twitter, than Ciro Gomes’ (107 thousand mentions), Marina Silva’s (82.2 thousand) and Geraldo Alckmin’s (44.9 thousand). The former mayor of São Paulo was highlighted in 266.6 thousand publications on Twitter between Friday at 7 p.m. and Saturday (15) at 7 a.m. – well behind Jair Bolsonaro, who generated 1.3 million tweets after his JN interview.

The highest peak of references to Haddad happened at 9:30 p.m., with 2,726 references per minute, right after the end of the session. His supporters praised his performance and criticized the lack of opportunities for Haddad to talk in detail about his government proposals. PT opposers emphasized Lula’s participation in Haddad’s candidacy even though he is imprisoned in Curitiba, and there were engagements comparing his and Bolsonaro’s performance at the JN – and the attitude of the journalists during his interview. 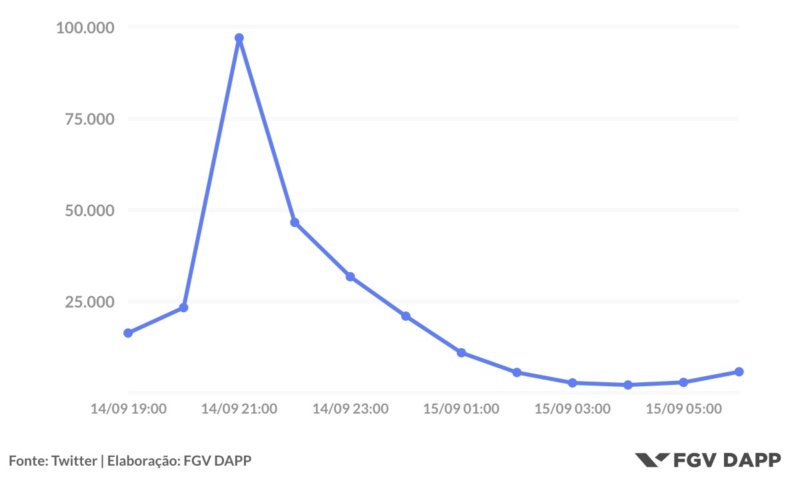 Differently from the other candidates, who have been participating in TV debates and in several press events since the beginning of August, Haddad’s participation at TV Globo was his first one as a presidential hopeful.