Positions defended by candidates contributed to propelling the debate, especially Bolsonaro’s statements about drugs and abortion

The analysis of the publications about public security on Twitter between July 14 and August 12 demonstrates that the discussion was mainly focused on the following themes: homicides (more than 1.1 million posts), gender violence (862,000) and theft (855,000).

Homicides and theft remained relatively stable throughout the whole period, with testimonies of personal experiences and criticism of the incitement to violence by public figures. In turn, the references to gender violence varied according to the mobilization of the press regarding a few cases that caused civil commotion, such as the rape of a 4-year-old girl in Rio de Janeiro, which was responsible for the most retweeted post in the period. 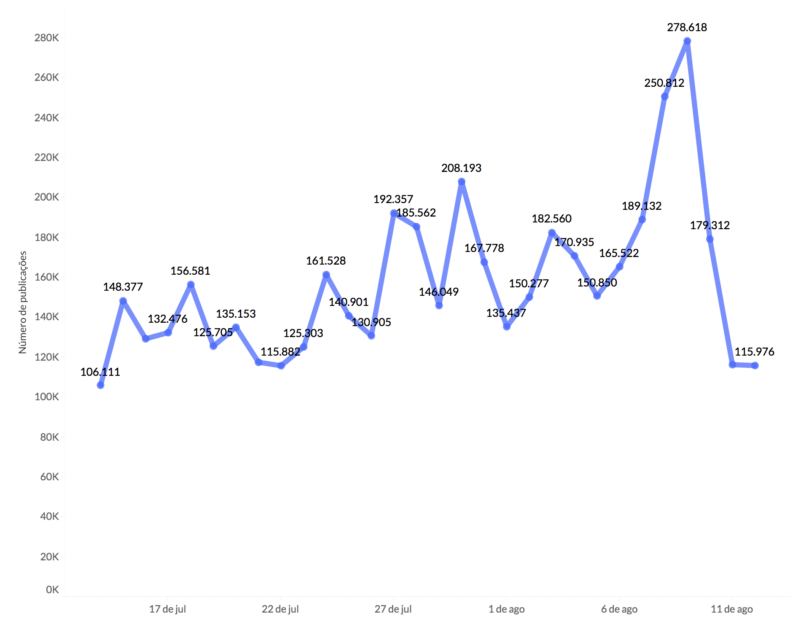 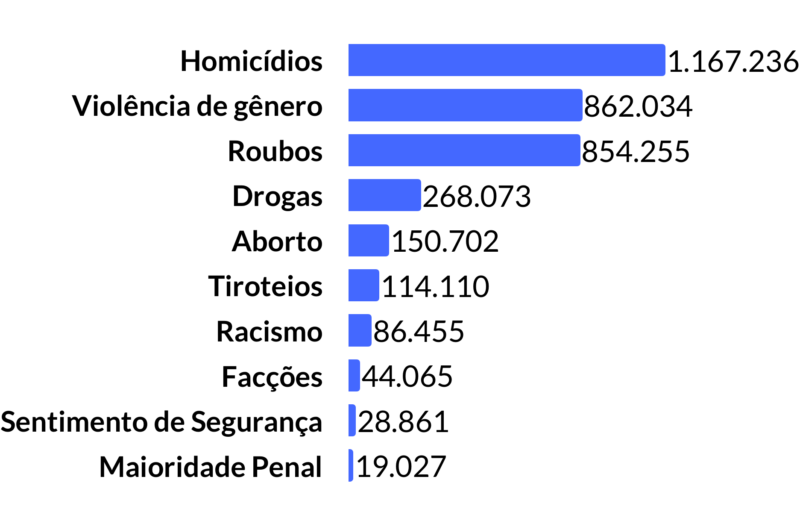 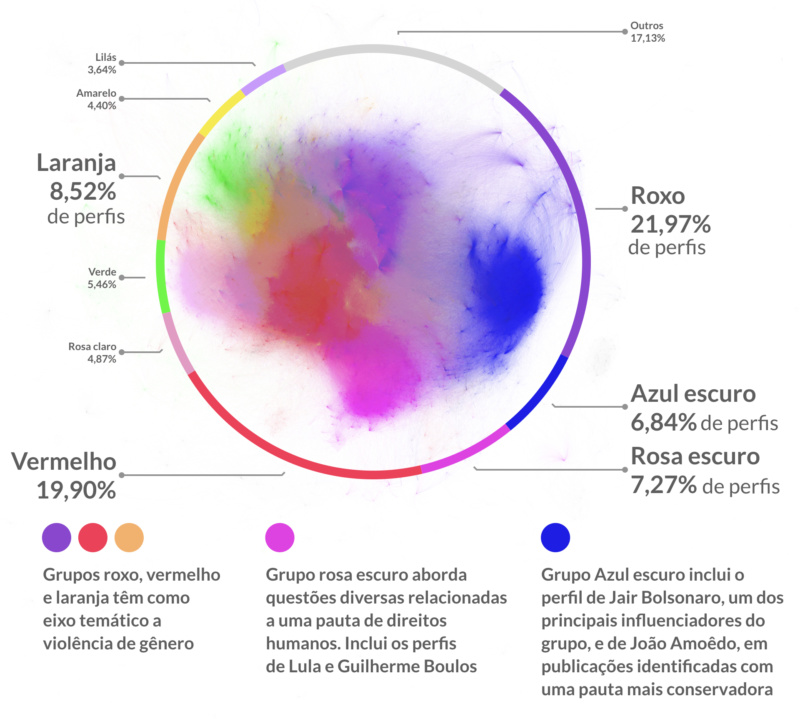 The purple, red and orange groups focus on the theme of gender violence.

The dark pink group approaches various issues related to a human rights agenda. It includes the profiles of Lula and Guilherme Boulos.

The dark blue group includes the profile of Jair Bolsonaro, one of the main influences of the group, and also of João Amoedo in publications identified as containing a more conservative agenda.