Interview prompted more than 37,000 mentions on Twitter; volume exceeds the sum of posts related to Ciro in the three previous days by 20%

The participation of Ciro Gomes, pre-candidate for the presidency, on GloboNews on Wednesday night (1) prompted 37,266 mentions on Twitter between 10 pm on Wednesday and 1 am this Thursday (2). The volume exceeds by 20% the sum of posts related to the PDT candidate in the previous three days (July 29 to 31). Compared to the debate about other presidential hopefuls, Ciro Gomes reached the highest number of publications in the period analyzed, with 175% more than Lula and 56% more than Bolsonaro.

Volume of mentions minute by minute 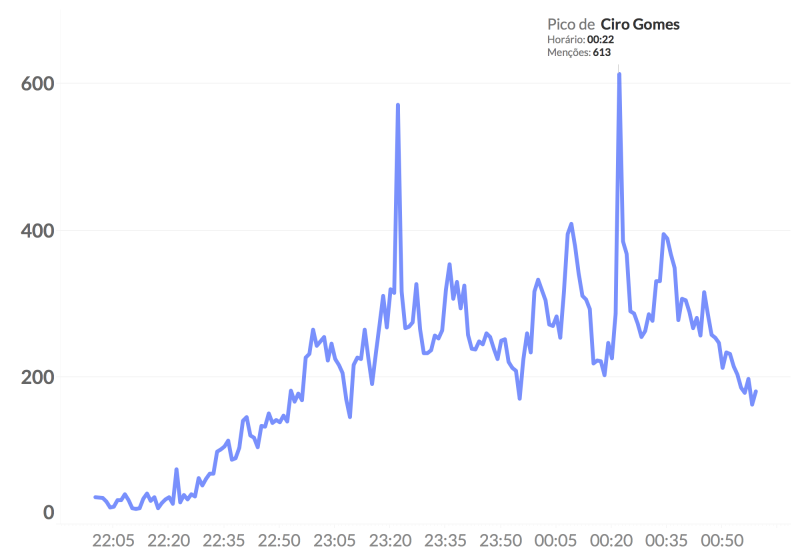 The economic debate was the main topic of the publications and dominated the discussion about the candidate on Twitter. The main topics addressed the criticism of the petroleum management, especially by conservative profiles. There was also support for the candidate’s statements about profits and dividends and for his criticism of bankers. The third topic demonstrated the users’ support for the proposal to reformulate the Labor Reform. There was also repercussion with ironic posts and criticism of the candidate’s populist statement that he would remove the negative history of people registered in the Brazilian credit bureau, the SPC.

Mentions to Lula were the second most discussed topic – especially due to the questions made during the interview about Ciro’s position on the imprisonment of the former president. 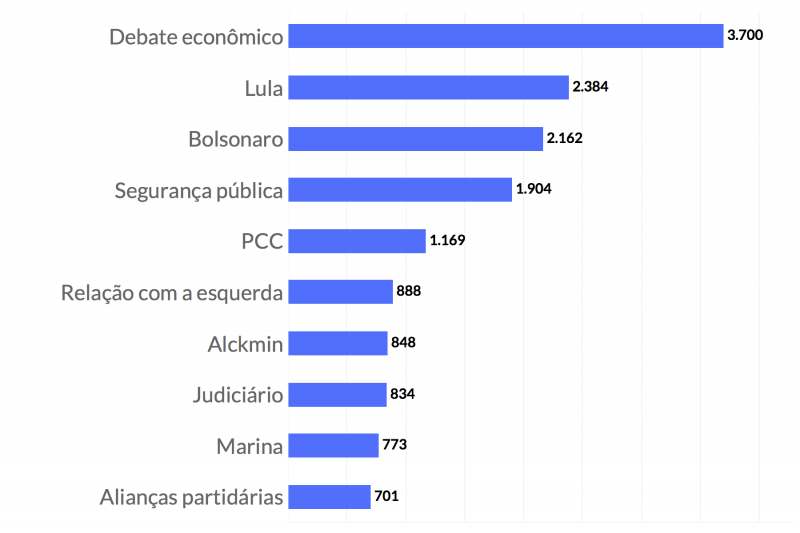