Despite the heated debate, number of publications is lower than what was seen in the debates at Band and Rede TV!

This Thursday (30) night, Marina Silva ended the cycle of question-and-answer sessions hosted by the Jornal Nacional (JN) and Globonews with the presidential hopefuls who are ranked best in the electoral polls, except for Lula, who is imprisoned. Similarly to what happened in the other interviews, the debate about the Rede candidate reacted to her exposition on TV, and we registered 82,234 publications related to Marina on Twitter between this Thursday (30) at 7 p.m. and Friday (31) at 7 a.m. Compared to the other presidential hopefuls interviewed, she obtained a better performance than Geraldo Alckmin (44.9 thousand tweets), but her repercussion was below that of Ciro Gomes (107 thousand tweets) and especially Jair Bolsonaro (1.3 million tweets).

Evolution of mentions about Marina Silva on Twitter
Aug, 31  Aug, 30 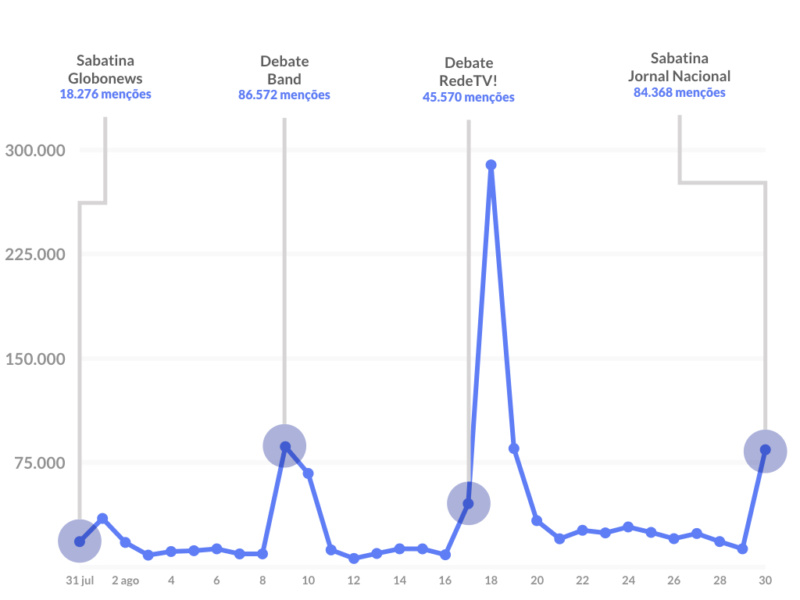 General volume of mentions about Marina Silva on Twitter
7pm Aug, 30 7am Aug, 31 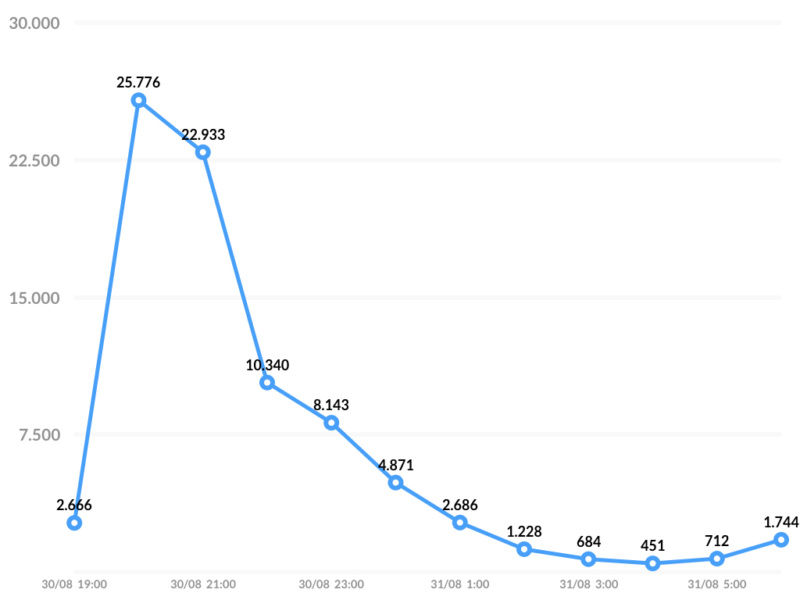