Videos that mention the presidential hopeful had 3.6 million views between the 4pm and 8pm on Youtube; the four most mentioned politicians in the debate about the attack are left-wing: Lula, Haddad, Boulos and Ciro 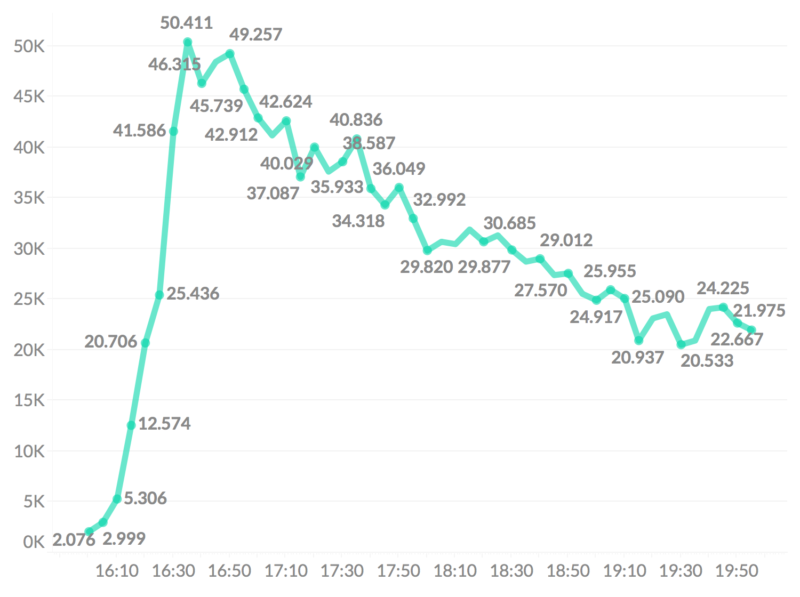 Videos of the moment when Bolsonaro was stabbed were also projected on social networks few minutes after the attack was reported. On Youtube, videos mentioning Bolsonaro had 3.6 million views, 221,697 likes, 12,716 dislikes, and 54,801 comments in only 4 hours (from 4pm to 8pm this Thursday).

Just after the press released the first news about the attack, around 4:30pm, the term “facada” (stab) was in the Trending Topics in Brazil, according to data provided by Twitter’s API; therefore, without any customized filter as it is displayed for users of the platform. At 6pm, among the ten most mentioned terms in Brazil, four of them mentioned the event: violência (violence) (216 thousand mentions), arma (gun) (123 thousand), Juiz de Fora (88 thousand) and facada (stab) (83 thousand).