Polarization and representation of minorities dominate the debate

Debate has prompted 643.4 thousand tweets since Sunday, of which 49% were about choosing deputies, and 20%, senators; the election of PSL congressmen was the main theme (154.1 thousand tweets)

The debate about the elections for the National Congress prompted 643.4 thousand mentions on Twitter between Sunday (7) at 7 pm – when the broadcast of the vote tally for the national elections began – and Tuesday (9) at 3 pm. Among the publications, 318.6 thousand (49% of the total) specifically mentioned the choice of state and federal deputies, and 132.5 thousand (20.5%) mentioned senator choices. 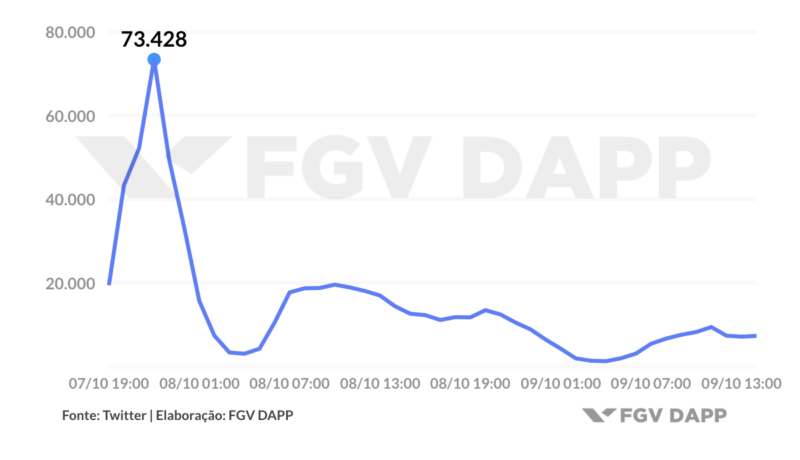 The polarization prompted by the presidential race, consolidated by the confirmation of a second round between Jair Bolsonaro (PSL) and Fernando Haddad (PT), was shown in the analysis of themes associated with the congressmen. The bench that was elected by the PSL had the most mentions, with 154.1 thousand tweets. According to users of the network, the fact that the party has become a relevant actor in the Legislative Branch is a sign of crisis for the protagonism of the older center-right parties. 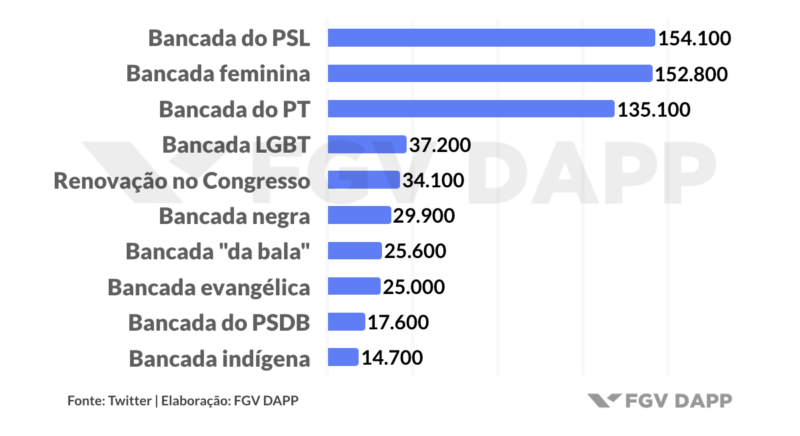 Regarding the PSL victories, one of the most retweeted publications in the period, made by the federal deputy Eduardo Bolsonaro, stated that the party’s congressmen would follow Jair Bolsonaro’s guidance should he become president. The PSL winning the second largest bench in the Chamber of Deputies is also seen as a surprise and with fear by other profiles.