The potential suspension of scholarship payments for education and research from Capes (Coordination for the Betterment of Higher Education Personnel) starting from August next year had a significant impact on the social networks and quickly generated the engagement of protest groups. From the beginning of the afternoon Thursday (02) until noon Friday (03), there were 124.3 thousand tweets about the theme, especially due to the repercussion of a letter by Capes president Abilio Beata Neves, in which he describes the end of payments for grantees due to the expected budget cuts from the Ministry of Education by the federal government in 2019. 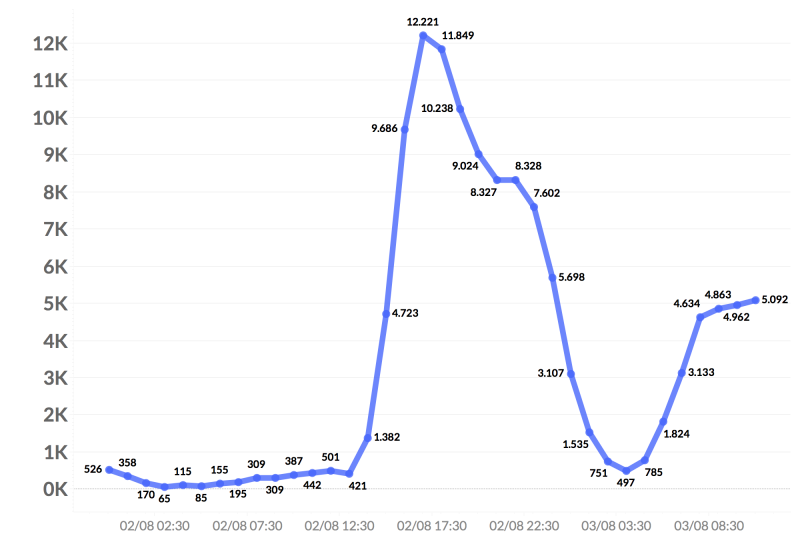 The debate that was prompted dealt with public financing for science and technology, investment on education and the use of public funds in the country and was articulated among groups opposing the Temer administration and actors aligned with left-wing parties and candidacies. PC do B presidential hopeful Manuela D’Ávila, for example, was the actor who attracted the most interactions on Twitter.

Map of interactions about Capes grants 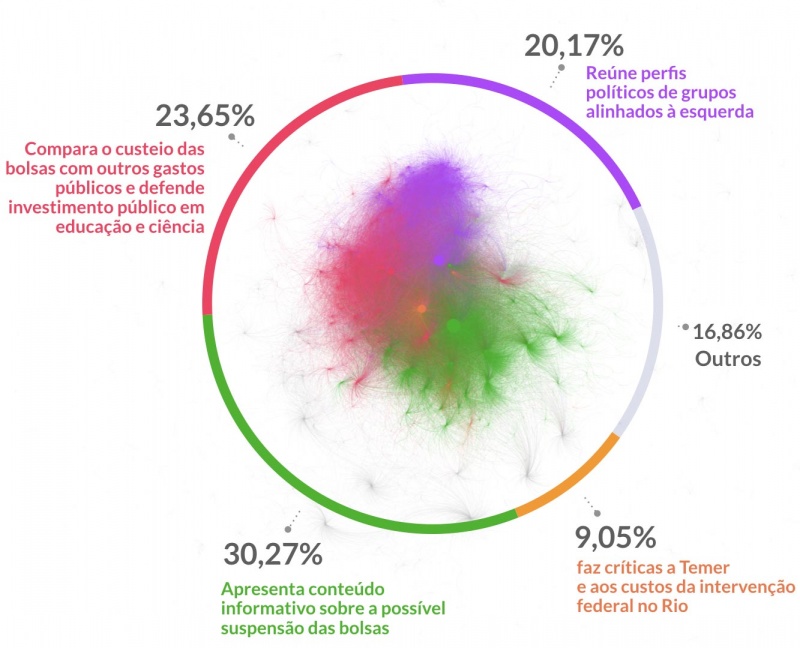 30.27% – Information about the potential suspension