After 15 days of TV campaign, the number of publications by candidates on the social network increased; among the themes of the Political Agenda, debate about the economy is the main focus

In a campaign month, the 13 candidates running for the Presidency published more than 3.4 thousand posts on Facebook. Between August 16 and September 15, Guiherme Boulos, Alvaro Dias and João Amoêdo, candidates with little TV time, published the most. On the other hand, Jair Bolsonaro, the presidential hopeful with the highest number of followers and highest engagement average in the social network – and who also has little TV time –, was among those who published the least.

Volume of publications per fortnight 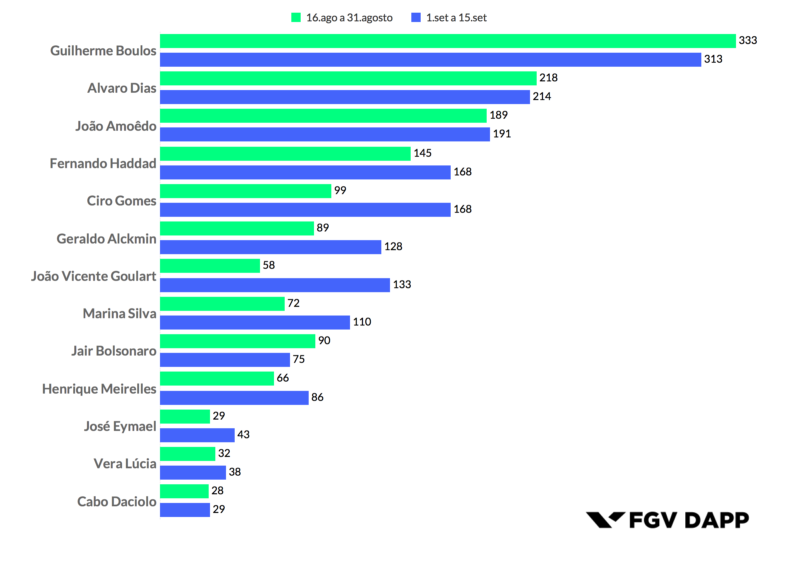 In general, the presidential hopefuls emphasized posts related to the daily life in the campaign, especially informing about events, marches and interviews. In fact, in the second fortnight of the campaign, the number of posts talking about the presence of the candidates in events increased, reflecting the intensity of the campaign on the streets.

Amount of publications per theme 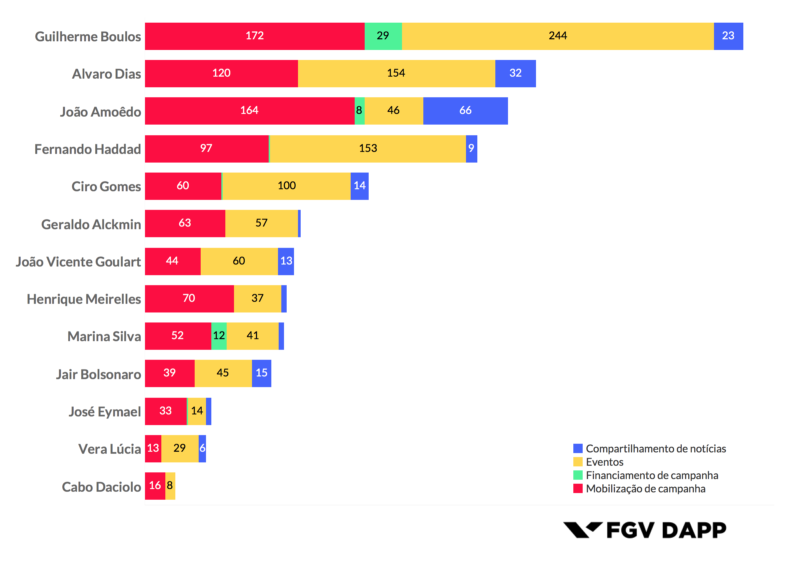 During the first campaign month, Amoêdo gave the most highlight to press publications. Around 23% of the posts in his official Facebook page were shares of news pieces.