The thematic analysis of the discussion about the presidential candidates on Twitter showed that Security (663.3 thousand tweets), Corruption (559.8 thousand) and Economy (396.3 thousand) were the subjects associated the most with Jair Bolsonaro and Fernando Haddad between Thursday (11) and Monday (15). These themes were followed by Education (327.5 thousand) and Health (117.5 thousand). The approach seen in the publications emphasizes narratives about moral aspects the candidates represent.

Themes mentioned the most (in thousands) 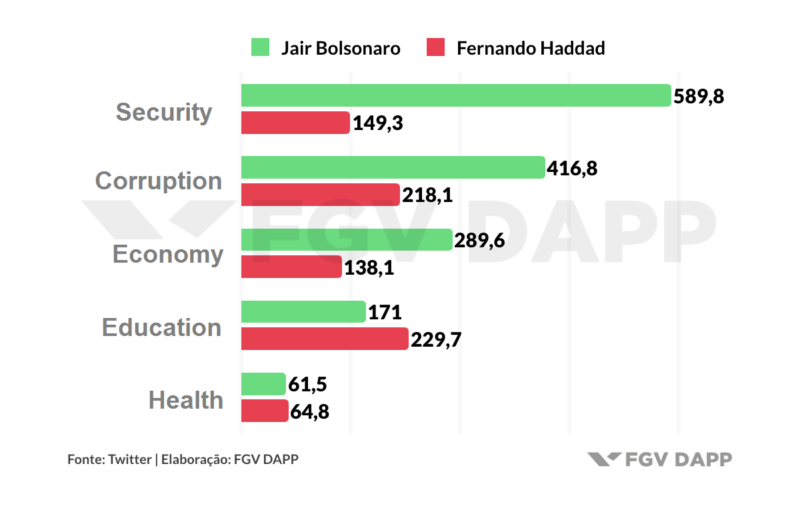 Public Security mobilized 589.8 thousand tweets related to Bolsonaro and 149.3 thousand about Haddad between October 11 and 15. The highest peak about the two candidates was registered on Thursday (11), when the main tweets talked about episodes of violence supposedly motivated by political issues, such as the murder of capoeira master Moa do Katendê and the episode in which a swastika was carved on the body of a young woman because she was carrying an LGBT flag. Bolsonaro supporters doubted that the attacks had political motivation and association, while Haddad supporters stated that Bolsonaro encourages violence and that the incidents have been happening as a consequence of his discourses. 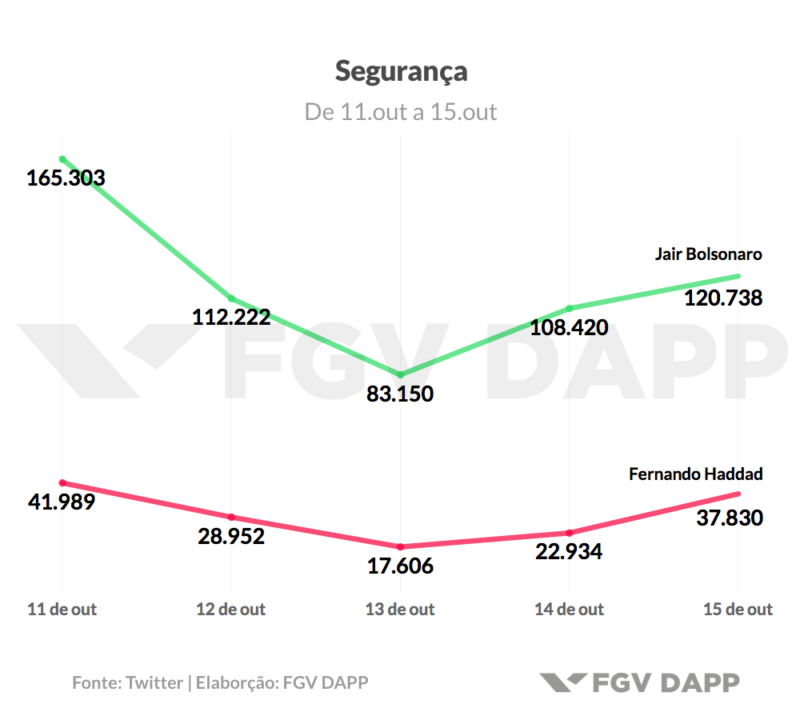 The discussion about corruption, which was also mobilized by mentions to Lula, presented a slight trend of decrease when associated with the presidential hopefuls. However, it is still the second most commented topic: Bolsonaro has 416.8 thousand mentions, and Haddad, 218.1 thousand. Criticism directed to Lula prevails. 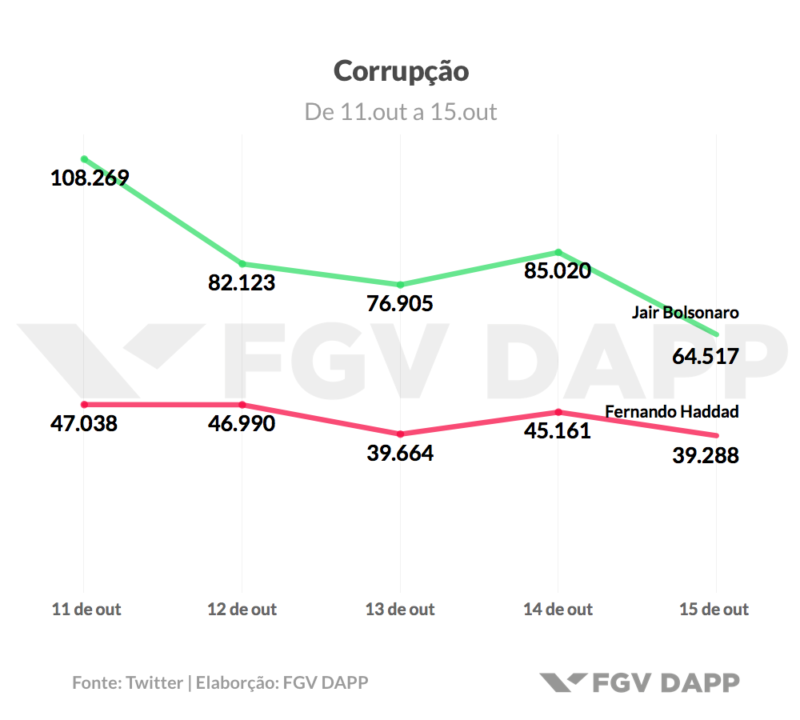