Interview had a peak of 537 references per minute, compared to the peak moment of 1,400 mentions per minute in the Band debate

The question-and-answer session with the presidential candidate Ciro Gomes (PDT) at Rede Globo’s Jornal Nacional (JN) and at Globonews’ Jornal das 10 this Monday night (27) propelled the debate about the presidential hopeful on Twitter, which reached 107,196 publications between 7 pm and 9 am this Tuesday (28). In the Band debate on August 10, there were 212.5 thousand mentions to Ciro.

Evolution of mentions to Ciro

General volume of mentions about Ciro Gomes on Twitter
7pm Aug, 27 – 7am Aug, 28

In addition to the increase in the general debate on Twitter, we also observed an increase in the engagement on posts in Ciro Gomes’ official Facebook page, which grew from 15,017 on Sunday to 56,305 daily interactions on Monday. 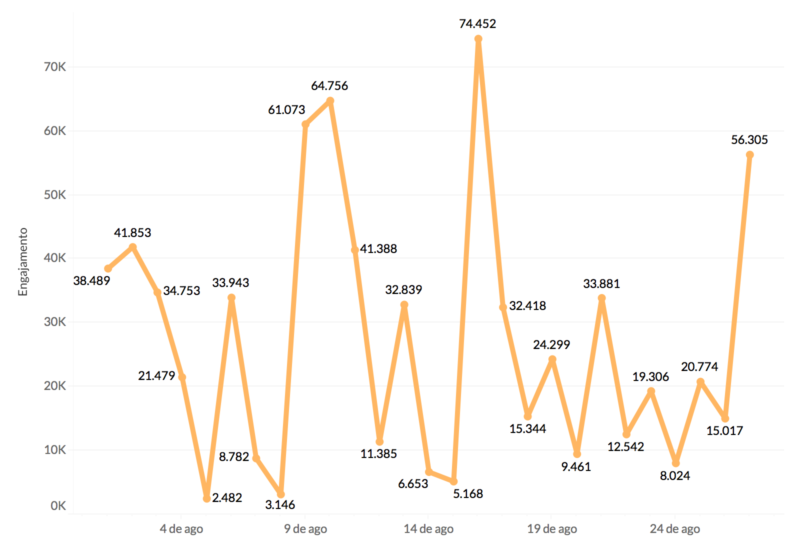 In general, users commented about how the interview was conducted by Jornal Nacional presenters, especially William Bonner, who was the target of memes and ironic remarks due to his hard questions.