Rise of the dollar prompts discussion on Twitter about exchange

Around 50% of references were concentrated between Tuesday and Thursday, when the currency reached its highest value since 2016 in a debate strongly associated with the presidential elections

After one week rising, the dollar reached its highest value since January 2016 last Thursday (23) and boosted discussions on the social networks about dollar exchange in Brazil. A survey by FGV DAPP showed that the dollar mobilized around 58,000 posts on Twitter between August 1 and 23 – out of which approximately 50% were concentrated between Tuesday and Thursday.

The highest peak in the period was on August 22, with 11,005 mentions. In that moment, the main tweets stated that the rise of the dollar value was due to the publication of the election poll by Datafolha in the beginning of the day, which presented an increase in the voting intentions for former president Lula, who remains the leader in the scenarios he appears. In these publications, the PT candidate’s good performance in the poll – whose name is the most linked to the theme among the presidential hopefuls – is related to legal insecurity and market instability.

General volume of mentions about the dollar
Aug, 01 – Aug, 23 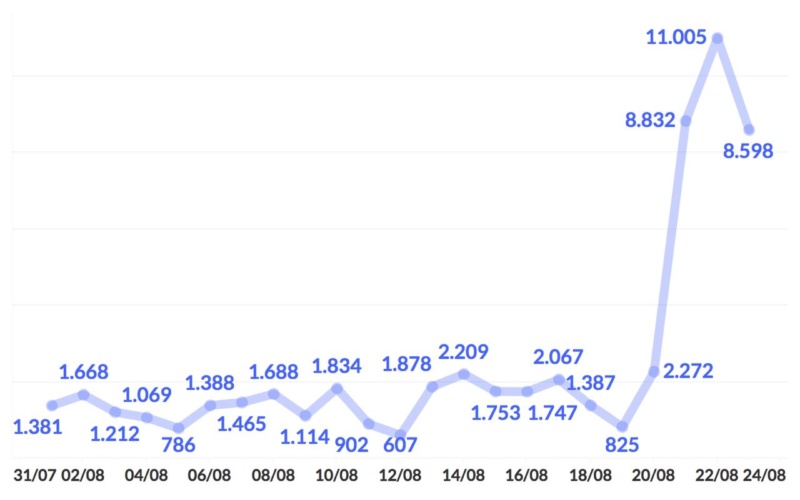 On the other hand, tweets supporting the former president stated that the market also negatively reacted in 2002 when facing the possibility of election of Lula.

Mentions to the presidential hopefuls about the theme exchange 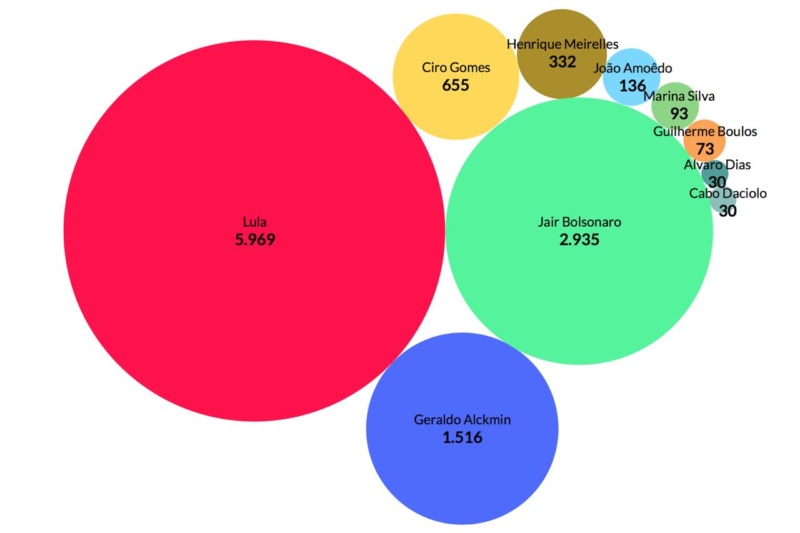 Source: Twitter| Elaborated by: FGV DAPP
The other candidates were not mentioned in the posts about exchange.