Despite his absence, Bolsonaro was the most mentioned presidential hopeful in Twitter discussions during the broadcast; Cabo Daciolo was the second most mentioned, followed by Ciro and Haddad, with a similar level of references

The presidential debate hosted this Wednesday (26) by the SBT, Folha de São Paulo and UOL prompted 553,589 mentions to the presidential hopefuls on Twitter between 5 p.m. and 9 p.m. The repercussion was higher than that of the debate promoted by the CNBB and hosted at TV Aparecida on the 20th, which had 387,598 mentions, but way lower than that of the debates at Band (1.59 million mentions) and at RedeTV! (619 thousand), both in August. Yesterday’s debate happened at the end of the afternoon, from 5:45 p.m. until 7:25 p.m.

Volume of mentions to the candidates 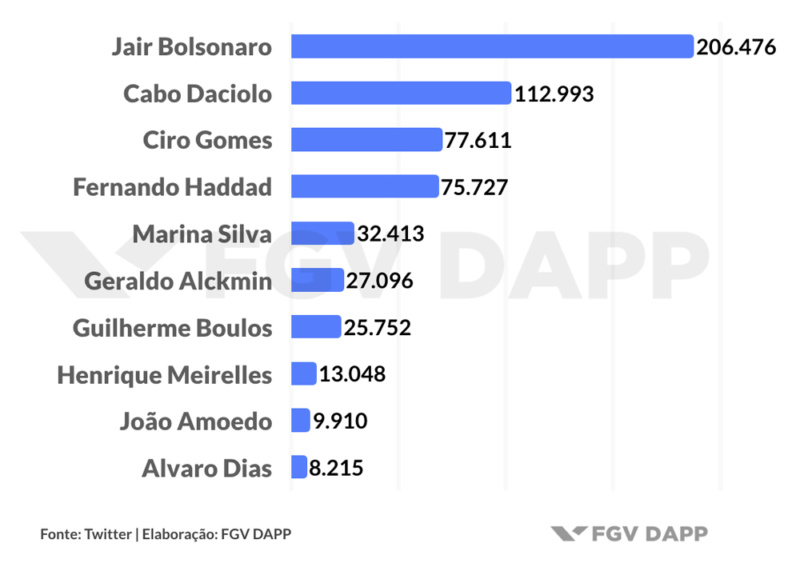 Jair Bolsonaro, who is still absent due to his recovery from the attack in Juiz de Fora, remained the most mentioned presidential hopeful in the discussions, with 206,476 references, followed by Cabo Daciolo. The Patriota candidate, who had been absent from recent political events, returned to the debates with a lot of popularity and was highlighted in 112,993 mentions. He was ahead of Ciro Gomes (77,611 mentions) and Fernando Haddad (75,727 mentions). The other candidates who participated in the debate were Alvaro Dias (Podemos), Geraldo Alckmin (PSDB), Guilherme Boulos (PSOL), Henrique Meirelles (MDB) and Marina Silva (Rede).

The main topic associated with Bolsonaro, who was not mentioned often during the debate, was an Instagram post by Carlos Bolsonaro, his son and council member of the city of Rio, containing an image simulating torture.

Mentions to the hashtags 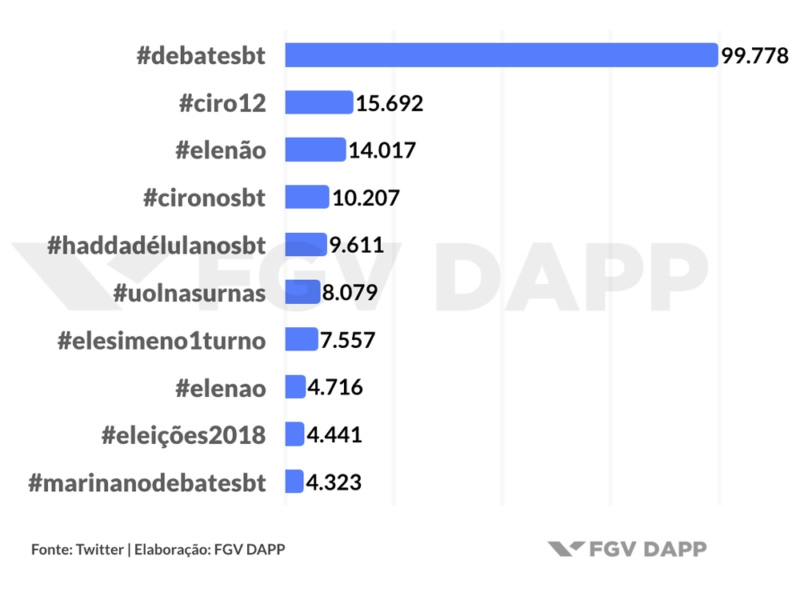