Statements by General Mourão about the 13th salary and paid vacations were responsible for approximately 18% of the debate about the PSL presidential hopeful in the period; his supporters asked Bolsonaro on Twitter to prevent new controversial statements by his vice

The statements against labor rights provided for in the Brazilian Constitution said by General Hamilton Mourão, candidate to the vice presidency in Jair Bolsonaro’s ticket, had a high repercussion in the debate about Bolsonaro in the beginning of the afternoon this Thursday (27). From Thursday, 2 pm, to Friday (28), 1 pm, out of 1.01 million mentions to the congressman on Twitter, 187.3 thousand (18.7%) approached Mourão’s statement that criticized the 13th salary, the additional holiday pay and other labor benefits. This was one of the main peaks of economic repercussion in the electoral debate about Bolsonaro since the beginning of the campaign.

Until 11 pm on Thursday, mentions about the subject had an average volume of mentions of 14 thousand tweets per hour, with a broad negative view of the statement, mainly due to the impact it could cause to Bolsonaro’s campaign. Such repercussion also occurred among the congressman’s supporters, who asked Bolsonaro on Twitter to prevent new controversial statements, also indicating the economist Paulo Guedes. 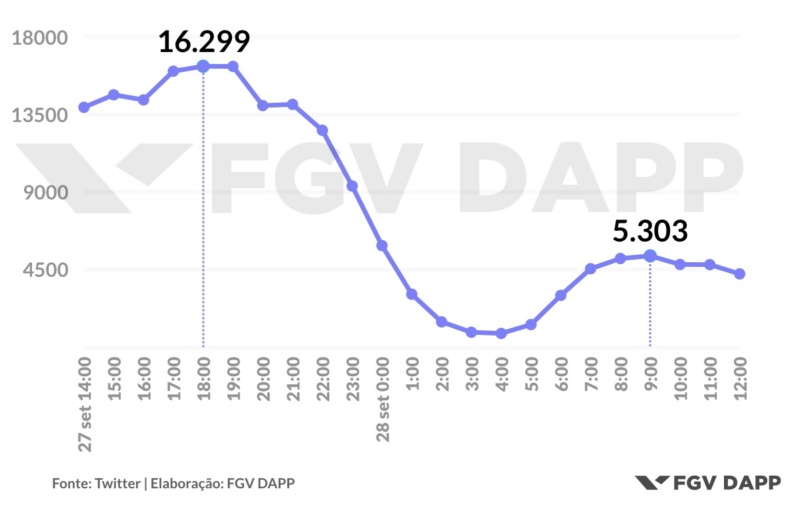 Some profiles, however, endorsed Mourão’s opinion, with criticism of what they called “press manipulation” and even of Bolsonaro.