More than 60% of the mentions discuss PT’s triple ticket; the most retweeted posts about Bolsonaro’s ticket mention royal family member

The announcement of the last pre-candidates for the vice presidency in the 2018 elections prompted 684,630 mentions on Twitter between Wednesday (02) and last Monday (06).  A little over 60% of the publications approach the “triple” ticket created by the PT leadership: Lula’s candidacy with Haddad as the vice and Manuela D’Ávila (PC do B) as a sort of second vice should the former president be prevented from running. The second and third most popular topics were the choices of General Hamilton for Jair Bolsonaro’s ticket (24.7%) and Senator Ana Amélia for Geraldo Alckmin’s ticket (13.9%).

Mentions about the announcement of the VPs – Ago, 2th – Ago, 6th 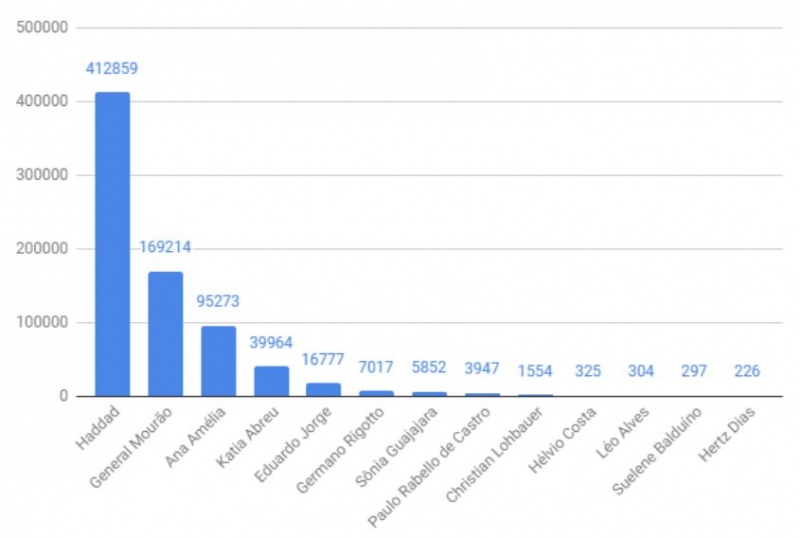 Among the most retweeted mentions about the PT ticket, we highlight, on one hand, the praise for the choice of Haddad – with positive references about his administration of the Ministry of Education. Some of the users mentioned they might consider voting for PT if Haddad becomes the leader of the ticket. On the other hand, some comments also indicated that the former mayor of São Paulo would be a less viable option for the left wing than Ciro Gomes.

PCdoB joining the alliance also divided opinions. Some users stated that Manuela contradicted herself by siding with Lula – who is seen as a sexist by these users –, since feminism is one of her main banners.