With 1.53 million posts, debate about Lula has as much as 8% bots

Since his imprisonment in the beginning of April, the debate about Lula had been slowly decreasing in volume as weeks passed and the focus changed to different actors in the electoral discussions. The successive court orders regarding the former president this Sunday (08) broke the trend of decrease of his presence at the center of the political debates in the country, bringing back both Lula and the Judiciary Branch (along with judge Sério Moro) to the main stage of attention on social networks.

From 10 a.m. this Sunday to 11 a.m. this Monday (09), the impasse regarding Lula’s situation (whether he was still imprisoned or free) prompted 1.53 million mentions on Twitter, matching the impact of the debate about the former president when the Supreme Federal Court denied his habeas corpus plea. 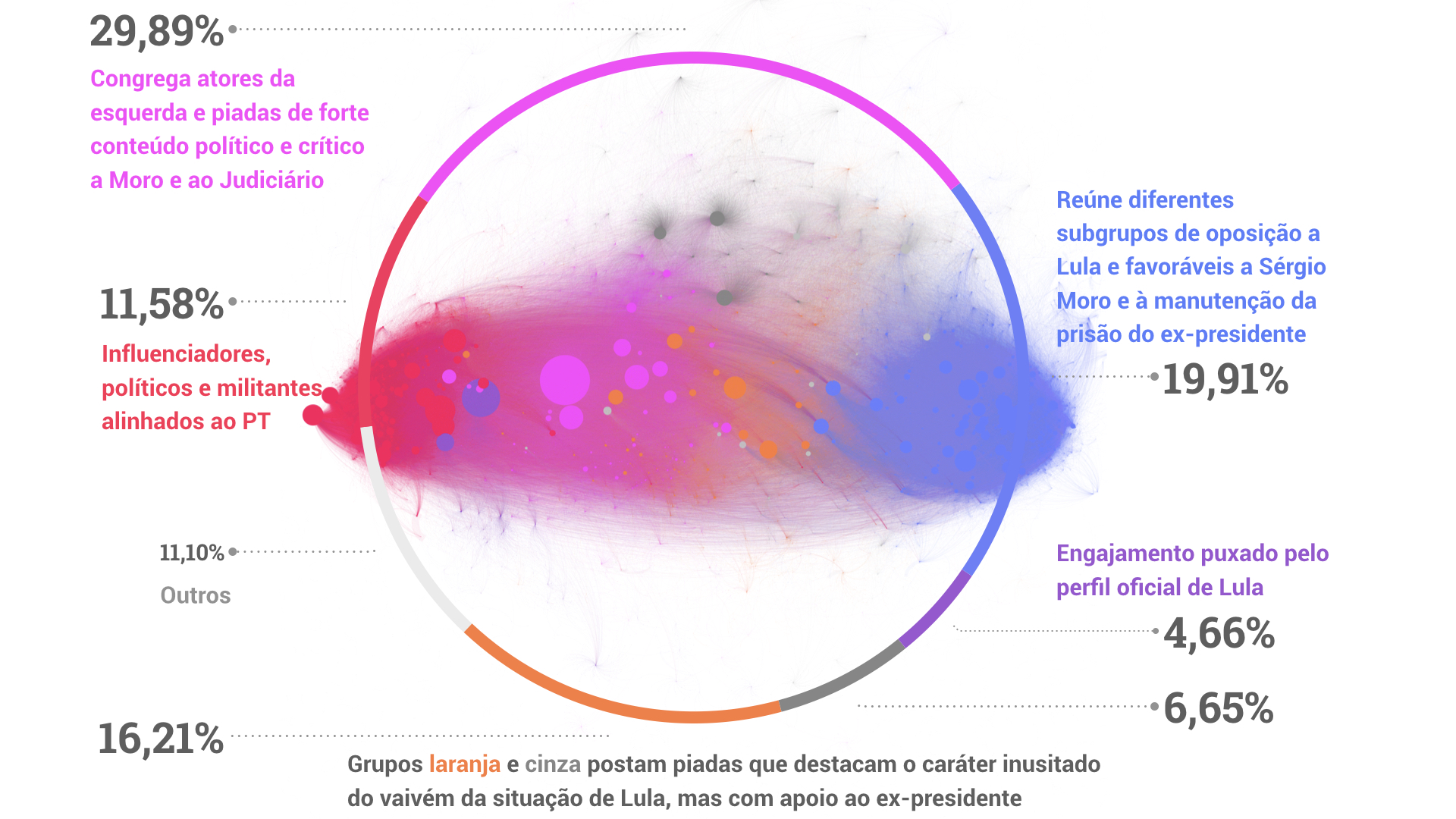 29.89% – Actors of the left-wing and jokes with strong political and critical content of Moro and the Judiciary Branch

11.58% – Influencers, politicians and support groups aligned with the PT

16.21% – The orange and gray groups post jokes highlighting the unusual character of Lula’s come-and-go situation, but supporting the former president

19.90% – This group includes different subgroups opposed to Lula and favorable to Sérgio Moro and the maintenance of the former president’s imprisonment 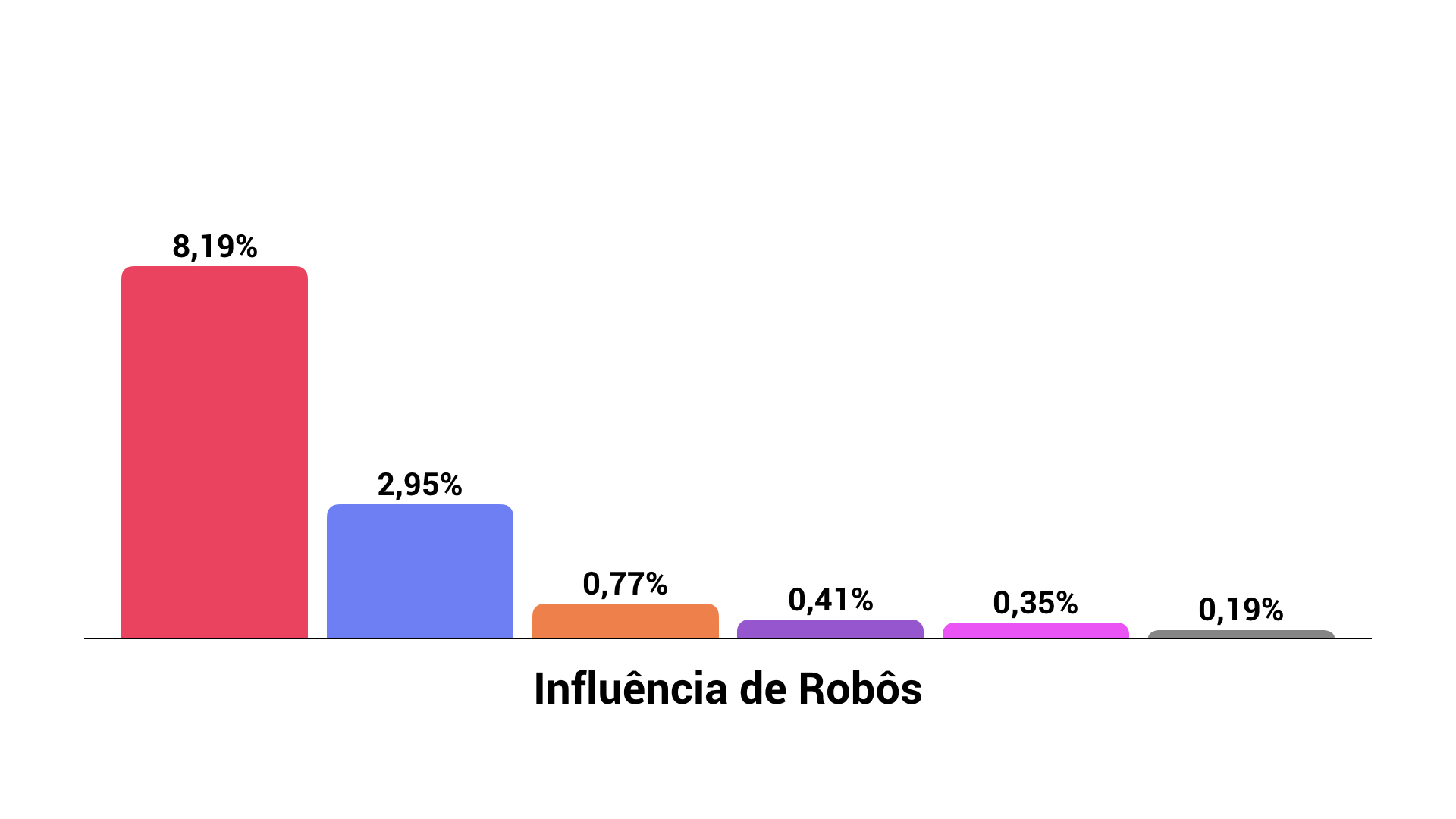 The influence of bots